Driver of the Year Award 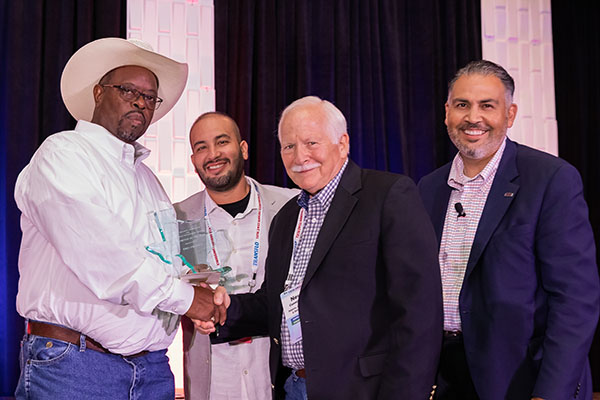 The TXTA Driver of the Year Award is presented by the TXTA Safety Management Council (SMC) and sponsored by Roberts, Cunningham & Stripling LLP. The recipient is selected from the best truck drivers operating in the state of Texas. After being nominated by their companies, drivers are rated in categories such as number of miles traveled without a chargeable accident, consistency, politeness on the road and tenure. The TXTA Driver of the Year represents TXTA in the American Trucking Association (ATA) competition for the National Driver of the Year title.

Nominated drivers have exhibited an outstanding deed, heroism or highway courtesy, an exceptional contribution to highway safety, and/or a long record of safe and courteous driving. Nominated drivers should have an exemplary driving record and represent the best aspects of the driving profession.

Drivers must be affiliated with a TXTA member company and a Texas resident to be eligible for this prestigious award. The winner receives a Driver of the Year plaque, commemorative ring and Driver of the Year jacket. For more information, please contact Lance Shillingburg lance@texastrucking.com

Back to Contest and Award Programs